The deception of biometric identification has existed for a long time.
With the advent of the method of identification by fingerprints-criminals began to deduce the papillary pattern or leave objects at the crime scene with someone else’s fingerprints. 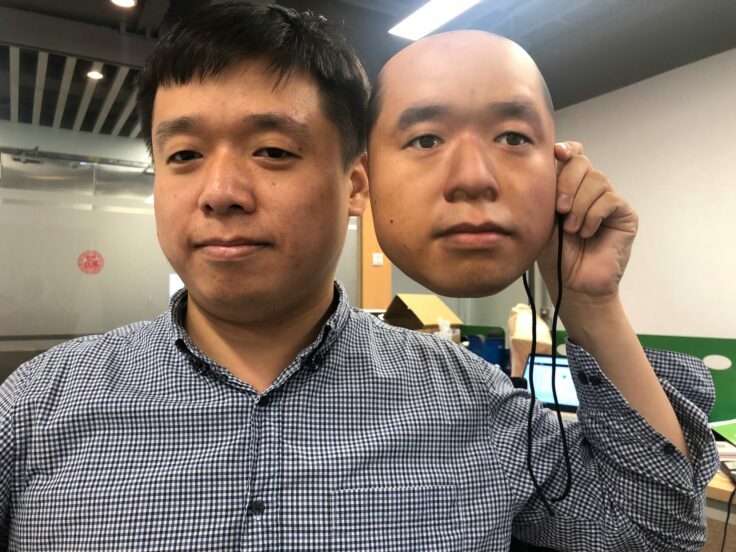 Deepfake technology is a technique for synthesizing audio or video using generator-adversarial neural networks. Such a neural network was first established in 2014 by Stanford University student Jan Goodfellow. He automated the neural network learning process when one of them generates face or voice, and the other analyzes the learned data and gives conclusions similar to the original, or not. The technology can be compared to the work of an artist copying paintings of famous masters, and the expert tries to detect such a forgery. It is not enough to simply copy the image, preserve proportions, it is necessary to repeat the smallest details: the technique of paint application, its composition, presence of damage to the web and of course, the signature of the author. When an expert discovers a forgery – this is reported to the artist, who remakes his work, offering a better version of the forgery. Thus, neural networks train each other until the second neural network begins to accept the generated images as real ones. After the expert cannot distinguish the original from the copy, the process of rooting out more complex forgeries begins, namely, the creation of never-before-existed works. Roughly so, constantly improving, the system creates deepfake. Roughly so, constantly improving, the system creates deepfake. The company OpenAI prepared a demonstration video on GAN network training.

With the spread of deepfake, there is a danger of discrediting any person whose voice or photo is recorded online. Deepfake was the first to attack public personalities whose images are many in the public domain. The first victim of this technology was actress Gal Gadot, whose image was inserted into a pornographic video. The next deepfake attack was aimed at political leaders: Barack Obama, Donald Trump, Nancy Pelosi, Richard Nixon and others.

Recently, it was possible to deceive the biometric identification system in the face. The researcher took the colors of the screen and superimposed them on the deepfake photo faster than changing the camera frame. He was surprised at how easy it was to fool the biometric algorithm. however, the US, UK, Australia and Singapore are said to be using the iproov solution.

Is it possible to recognize fake videos?

At the first point, deepfake videos look very convincing, but fortunately not all generated videos can deceive experts or algorithms to identify them.

One way to recognize deepfake has been suggested by scientists at the State University of New York at Albany. They conducted a study that revealed that people in a calm state blink on average 15-17 times per minute. The blinking frequency increases during conversation, and drops during reading. In algorithms of detection of forgeries, it is necessary to use more data, including physiological features of a person. This will complicate the system of quality deepfake production. Over time, algorithms will increase the reliability of the fakes generated. Many physiological features will sooner or later become the norm for recognizing generated videos. Already, algorithms can analyze eye movement, changing pupil size, or breathing and heart rate. Solutions of biometric identification of a person by his personal physiological peculiarities of eye movement during reading have been worked out. Many politicians and officials, speaking publicly read the text. By observing the movement of their eyes, blinking and other individual features, one can determine which of the images displayed are real and which are fake.

The threat of “deep fakes” is so global for the entire global community that Facebook announced the Deepfake Detection Challenge along with Microsoft, MIT, the University of California, Berkeley, Oxford University and other research organizations. The Deepfake Detection Challenge program started in late 2019 and ends in March 2020. Participants of the contest were asked to develop the most effective way to identify photo and video fakes.
Not left out of this problem, Google, which has created a database of 3 thousand deepfake images for their use in testing the developed algorithms to identify fake photos and video images.

Do not think that deepfake technology is used only for deception. For example, in the Salvador Dali Museum in Florida in honor of the 115th anniversary of the famous artist was organized a special exhibition Dalí Lives (“Dali alive”).